The Advent of Playing Slot Games 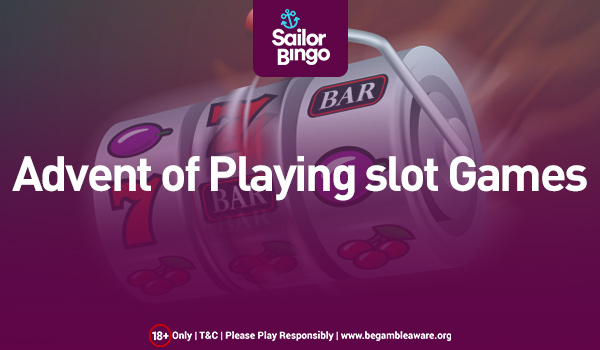 It is impossible to talk about the advent of playing slot games without mentioning its history. Slot machines, also known as fruit machines in Great Britain and previously referred to as one-armed bandit, are gambling machines. Players insert coins in a slot, press a button or pull a handle and win when they land matching symbols on the vertically spinning reels. Payouts are churned out on the machine’s payout tray: the winnings depend on the value of the matched symbols.

The first of its kind was invented by Charles Fey in 1985 in San Francisco, California and was named the Liberty Bell. Using his background in mechanics, Fey designed the machine to have three reels that sported card pictures and a picture of a cracked Liberty Bell.

As mentioned above, the game was initiated when a player inserted a coin(s) into the slot games and pulled the lever which then set the reels in motion. After a short while, the reels would stop and the player would win if three Liberty Bells were lined up. This game became a huge success.

There was a brief hiatus for the game in 1902 that resulted from banning of the game by many states in the U.S. Fey and his competitors stuck to their guns and continued to make big leaps in successive iterations. One such leap was the substitution of card pictures with that of fruits and candy. Owing to this design, the game’s name was changed to Fruit Machines and has stuck in the U.K. This design was a cheeky way of side-stepping the ban.

In the 1960s, the game inevitably embraced the then-emerging technologies: electromechanics. Though modern-day electromechanics is light years ahead of what it was in the ’60s, its foundational principles still stand.

Two decades on, they transitioned to fully electric machines that were powered by electric microprocessors. This heralded the possibility of placing bigger bets which cut both ways for the house and patrons alike. Its popularity grew exponentially and was a regular sighting in almost all casinos.

Then came the introduction of the Random Number Generator - software programmed to simulate spinning reels to generate random outcomes in successive spins. The old one-arm bandit machines were phased out in favour of new ones which only required players to press a button to set the reels in motion. The RNGs allowed for the development of progressive jackpots which enabled huge wins.

These developments widened the boundary of how manufacturers would develop slot machines. Slots had different themes, symbols, and multiple payout lines.

The advent of online slots

Online slots were developed in the late 1990s largely because of the internet and advancements in computing. Online slots have, since then, become popular because players can now play on multiple devices without going to a brick and mortar establishment.