The role of Bingo call numbers 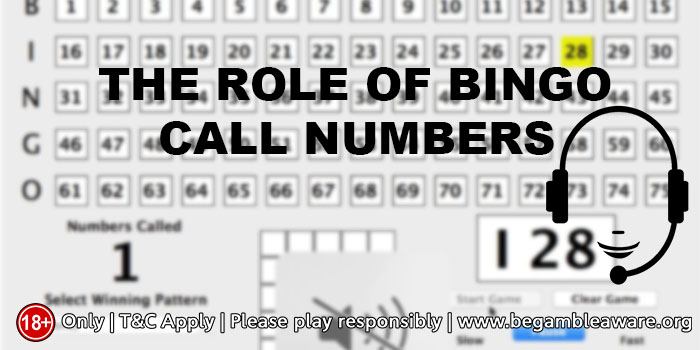 The objective of Bingo is simple. Whoever crosses off all the numbers before anyone else, wins the game. There are two popular types of Bingo games called 75-ball Bingo and 90-ball Bingo. Both of these games depend on the numbers you have on your ticket. Also, these numbers represent the same ones that are called out. The 'balls' in the games refer to the balls on which they used to print the numbers. These days, electronic devices randomly generate such numbers.

Bingo lingos and their origin

All Bingo Calls or numbers use traditional rhymes which have been created especially for the game of modern Bingo. So, players who are new to the game may take some time to get used to these strange names.

In a game of modern Bingo, all the numbers have specific rhymes. These rhymes came from London in the 20th Century and were used to share some secret information or hidden messages. The popularity of their use in Bingo picked up in the Bingo halls where the players used them to find out whether all the 75 or 90 numbers have been called or not.

Gamblers also used them as a way to differentiate between two numbers. For instance, in a large Bingo hall, the numbers' 15' and '50' would sound similar when called out. So, gamblers adopted the rhymes or nicknames for simplicity and easy identification of the numbers.

These rhymes or nicknames evolved with the game, as more rhymes and names were added.

The significance of the rhymes

So, likewise, all the numbers have such rhymes associated with them, and each rhyme has its origin and significance.

Calling out the names

Bingo calls, whether in an online game or on a smartphone, are first called out by their nicknames or rhymes. In every such game, the nicknames come out in the form of audio alerts, and later, the actual numbers are displayed. 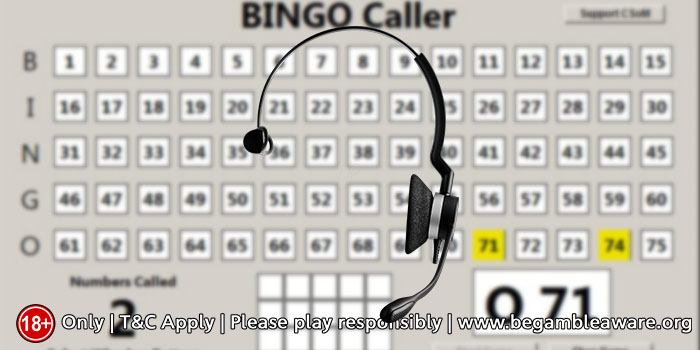 Lingos based on rhymes

Although not all the Bingo calls can be traced back to rhymes, a vast majority of them still have some significance with such rhymes. For example, in a 90-ball Bingo game, of the 90 Bingo calls, 50 of them are derived from Rhymes from the 20th Century. Also, the names of the Bingo calls change as a result of tweaking the rhymes. So, here are some popular rhymes associated with Bingo calls.

Lingos based on the shape of numbers

Not everyone can remember all the rhymes. So, to make it easier for such people, some Bingo calls are also named after the shape of different numbers. For instance, the number 'two' is 'A little duckling' as it resembles a duck. Similarly, the number '55' refers to 'Snakes Alive' as the shape of the figure goes together with the rhyme. Likewise, here are a few other nicknames based on the shape of their number counterparts.

While the number '77' refers to as 'Double Hockey Sticks', it is also referred to as 'Double Luck' as the number seven signifies 'luck.' The number is also called 'lucky sevens' or by the visual name, 'two little clutches.'

Likewise, many other such Bingo calls are historical references and traditions. With the rise of online Bingo, you have a whole different set of nicknames for all the Bingo calls. Many Bingo cards or tickets vary drastically from one website to the other. So, naming them, and more importantly, remembering those nicknames can be troublesome.