Check what kind of Bingo Roomie personality are you?

Bingo is a game full of fun and suspense. A call here and there can change your destiny by a mile. People of all kinds love to join the Bingo room to try their luck at the game. In fact, the easy gameplay of bingo invites for people from all backgrounds, languages to join the room and enjoy the game with the help of online/mobile casino games that have no boundaries at all. This is why Bingo has been and is still considered one of the best games to socialise.

Where there is socialisation, it is obvious to find people with hugely different characters. The same goes for Bingo as well. A Bingo room showcases a huge diversity in the types of people playing it. Do you want to know what kind Bingo roomie personality are you? Find out here!

No matter how unpredictable a game of Bingo is, there is always someone making strategies, learning tips from online sources and chits to plan out the numbers to cut. These are the strategy makers of the game. They learn all about the game, go through hours of net surfing to find some tips and tricks to win. It is easy to notice if you are one of them. At times, you might find yourself giving tips in the chatroom or on the contrary you wouldn’t want to chat at all in the fear of letting others know all that you know about the game. Just a reminder, you are playing Bingo and not Poker that a set of strategies will prove to be bankable.

Just like a marriage ceremony where there is some far-relative who is way too talkative than he should be, talking about politics, religion, climate while the bride and groom take their oaths of loyalty and love. There are players in a Bingo room who talk a lot, more about other kinds of stuff than the game. You might find him appreciating other players for no reason at all. You may find them sending smilies for every move and every take at the game. If you are one of them, you should know that you are one of the most famous personalities in the game.

A bragger is different from a blabbermouth in significant ways. Where a blabbermouth would talk about anything in the room, a bragger likes to tell everybody what is going on with him in the game. For example, a bragger would brag about a line being cleared by him to everyone, to express his joy. However, a game win is to celebrate and one can celebrate in any way he wants to, be it going to the Bingo room and shouting out loud ‘Hooray! I won!’.

Have you ever played a game of Doodle Army 2 on your mobile? It is an arcade game where a player is allowed to join the multiplayer game anytime in the middle of the match. A species of player exists there by the name of Drifter who would join a match for some time, get some kills, get killed for a few times and then disappear into oblivion. The same species also exists in the Bingo rooms. He will appear in the chat room, make some comments on an ongoing conversation and then jump off to another and do the same here. These are people who like to be in talks but not on a room and definitely not in the same conversation.

Imagine a situation here, you are just back from your office, had your dinner and watched the latest episode of your favourite tv show. It is now time for you to relax by playing a bingo online game and then you remember that you trim your beard now as you have a morning shift tomorrow. As you are done trimming your beard you accidentally drop the mirror you were using to look over your face being enhanced look wise. Will you still play bingo now that have you broken a mirror? If your answer is no, then you belong to this group. Bingo might be your favourite calmer before going to sleep but one bad move and now you are going to sleep restless. 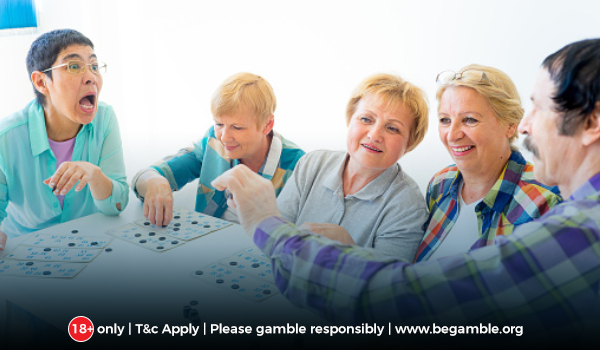 These personalities are known by many names like a newbie, noobie, novice or beginner. All are nothing more than a synonym to what is called a rookie. A rookie is a player who has just signed up to a bingo site. Before you become any other personality from the list, you are destined to be a rookie. However, being a newbie doesn’t necessarily mean that you should be new the game. A person who is new to the world of Bingo chatrooms is also a newbie since he lacks the knowledge about the conversations that happen in the room. The best way to cross this personality is by getting familiar to bingo terms as quickly as possible.

Talking of the rookies, here is the king of experience and knowledge. A veteran or a professional is someone has been around in the chat room and has lived in the essence of Bingo for quite a long time. He knows the game inside-out upside-down and can easily guide the whole chatroom with his knowledge on playing Bingo. If you are the one, then you probably might be the person other personalities in the group are looking up to.