Bingo cards are simple, require no rocket science, and will make you feel even happier when the numbers on it are cut and you have won the game. Bingo is one of the easiest games to be played in the house indoors and with the establishment of online casinos and mobile casinos, they have become more accessible than ever. But did you know that these cards were not just to cut the numbers on it and have fun with or throw them away with anger when you are not as lucky as the last time? Stop making a house of the card out of it and learn about the uses of Bingo cards that are surely going to surprise you.

To make a game of your own

With the incoming of online Bingo, the craze for offline Bingo games has gone down. However, there are still a few places where you could use these Bingo cards to create a game of your own. One such usage of Bingo cards is travel Bingo, where you use the cards to play with some other motive. Like on your way to the airport, you could play travel Bingo with your family by asking them to cut a number and remember what all did they saw while coming to the airport. You can take a rest now and play the next round while waiting at the airport before you board the flight by asking them to remember everything they could smell. Similarly, you could create conditions and rules for a game of your own. This weird but unique use of Bingo card keeps you entertained and active at the same time.

To play a variant of traditional Bingo

Yes, the time has faded for the game as nobody traditional Bingoin this fast-moving world has the time to sit together for dinner itself, let alone a game of Bingo. However, the online Bingo has kept the game alive and furthermore, has given a new edge to the game by creating various intriguing variants of the game. What if you could play such a variant offline as well? One such variant of Bingo which has the participation of Bingo cards and is equally, if not more, interesting and exciting as traditional Bingo is Roulette Bingo. You can only guess by the name how exciting it would be when the simple and elegant game of Bingo combines with the most thrilling classic casino game of Roulette. The game has elements from both the games blended to perfection. Here is how to play Roulette Bingo: 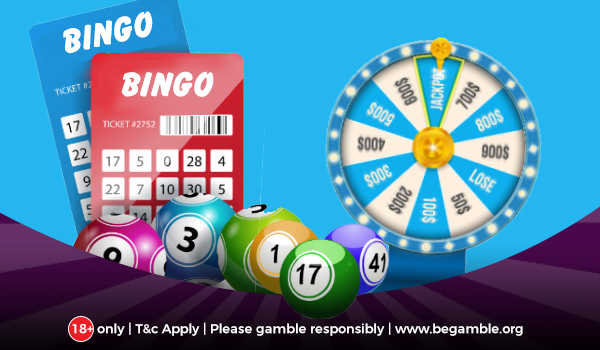 Have you ever played the game ‘Never have I ever’? It is a game where a group of people (better if friends as things might get awkward between strangers) sit together and ask questions to each other. The game is played turn by turn and player at the table gets to make a confession of any sort. The main objective of the game is to make a confession so different and unique that the other player must not have done that. How do you know if the other person has done that or not? The compulsion here is that the person who has not done any given activity has to drink the beverage, whatever it may be. Bingo helps you play such drinking games in conditions when you don’t have anything to drink with you. You can simply cut a number from your Bingo card and the one whose card is cut-off first is the culprit of the crowd.

Learn and expand your knowledge

This one might seem a little surprising if you haven’t seen this happening in real-life. We have all read and know about the mental health benefits of playing Bingo. Bingo keeps the brain to be active and builds a good presence of mind. But did you know that an element of Bingo, the cards, have educational benefits too? Yes, not Bingo but a game using the Bingo cards have numerous advantages associated with it. Children or students of young age need a good vocabulary and understanding of things to withstand the fast-growing modern world. Hence, Bingo cards can be used by teachers to help them reach this goal. All they need to do is list all the words that the students need to know on each card but in a different order. Next, they can call out the definition or meaning of the written words randomly and ask the students to cut the words they correspond to in their bingo cards. The first one to cross all the words on his/her card is announced the winner. In this way, the student learns the meaning of the word, gets to know his mistake and therefore his vocabulary improves. These can be considered a good long-lasting prize for the students but a separate prize for the game to make the students happy can be anything as decided by the teacher.