Which Bingo Roomie Personality Are You 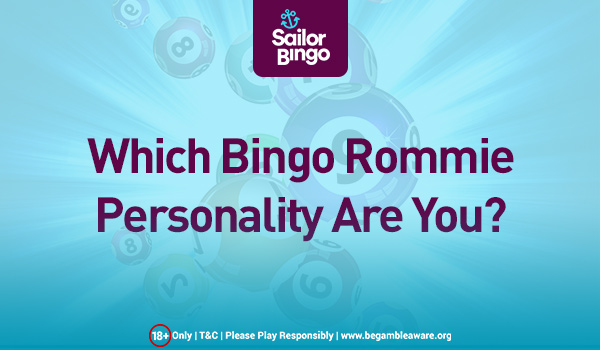 The mobile bingo is a popular game is beyond doubt. There are many bingo chat rooms in which thousands of players learn tactics, strategies and general information about the game. This has inadvertently led to the categorization of bingo players. This article details the different types of bingo players –commonly known as roomies- found in chat rooms.

The wise veteran is one who has, over time, learned the ropes of mobile bingo, and, in doing so, worked their way from rookie to the seasoned player. With time, they also took up chat moderation with the goal of offering meaningful advice to rookie online bingo players. Veterans spend a lot of time in bingo chat rooms trying to hold the hands of rookies by giving them lessons learned through experience and are infamous in chat rooms.

Mobile bingo chat rooms have their roomie families. So much that they are considered the main support structure of the chatroom community. These are always there regardless of what’s thrown at them or the dynamics of online bingo. They are always there to calm down roomies who are venting and a shoulder for anyone who needs consolation.

A newbie is still one if they have just recently joined a chatroom, regardless of their longevity of playing the game. Newbies are often yet to catch up with chat room online bingo and the basic etiquette rules. Some still have a hard time with abbreviations, and as such, take a considerable amount of time to respond to comments from other roomies. Even so, they keep the fire burning and maintain the same level of energy and enthusiasm when interacting with other roomies.

These are outright arrogant roomies that have no clue what being humble entails. They make a point of shouting from the rooftops when they land a win regardless of their size. They go to the extent of doing so in real-time, detailing their online bingo experiences to other roomies. They will rub it in your face, right from 3TG all the way to House. If you are one such roomie, kindly go easy on the rest of us.

Expectedly, they are the lone rangers in chat rooms. Most only make an appearance when huge jackpots are on offer and when they have ended their game. Even so, they have a few chat buddies that infrequently communicate with them. Such roomies are always on the lookout for jackpots.

These are always keen on going above and beyond participating in the mundane chatroom tasks. They want to lead every conversation and are connected to every social media site for every mobile bingo site and app they play on. Take them as their own spider’s web; they are not ever in the loop. They are always the first to hear about any news.

Other roomies include the blabbermouth who is always talking in the chatrooms and the encourager who is there to push you when you feel like quitting. What type of bingo roomies are you?

Play Bingo at Sailor Bingo for its huge variety of games and bonus and offers worth drooling over. Make your pick and see for yourself that the experience certainly cannot get better.